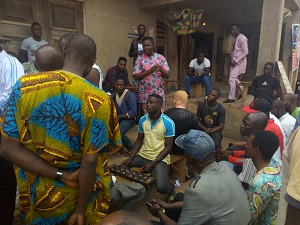 Idanre people (also known as Makanres) trace their lineage from ancient Ile-Ife, the cradle of the Yoruba tribes. According to oral history, the founder of Idanreland, Aremitan (whose nickname was Olofin) was the younger brother of Oduduwa, the founding father of the Yoruba tribe in Nigeria.

The Idanre people believe that Olofin came with Oduduwa from the East, possibly ancient Upper Egypt as part of an early migration between 2000 – 1500 BC.

Following the death of Oduduwa, internecine rivalry erupted between his family members in the quest for succession as the next king of the Yorubas. Olofin Aremitan departed Ile-Ife with a group of his followers, taking with him some of the most treasured possessions of Oduduwa including the ancient crown of Oduduwa, his Oreghe, Ugwan, and a pair of Irunkere (horsetail whisks).

Traditional wear used by the indigenous peoples of Idanre is similar to those worn in other parts of Yorubaland. The outfits tend to be very elegant, with vibrant colours and ornate designs.

Women generally wear “Buba” (type of blouse) and “Iro” (a wrapper around the waist and legs). For festive occasions, the attire includes a “Gele”, an often flamboyant wrap tied artistically around the head and “Ipele” thrown over the shoulders. 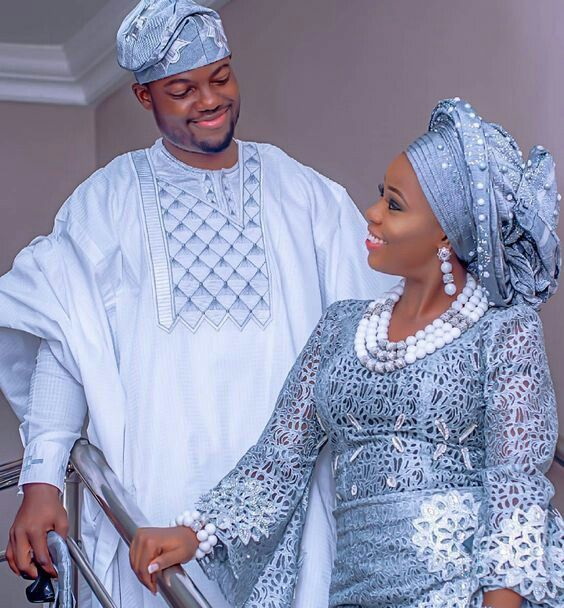 Makanres enjoy a rich variety of entertainment which include their beautiful, graceful, yet energetic dances and unique melodious “traditional” songs that are a mix of melody, rhythm and poetry. The songs explore the tapestry of human experiences such as historical lineage, present achievements, past difficulties, victories in ancient wars and praise for current achievements.

These traditional songs are sometimes delivered as an “Oriki,” a form of heartwarming praise poetry prevalent in Yorubaland.

One of the most delightful meals enjoyed by Makanres, whether at home in Idanre or in diaspora is “Iyan” (pounded yam) and “efo riro” (vegetable stew). This is a meal that is common to many of the Yoruba tribes in western Nigeria. Pounded yam can be eaten with a variety of stews including “Ila” (okro), “Egusi” (melon soup), “Gbegiri” (ground beans soup) and “Ewedu” (another type of vegetable). These stews often include an assortment of meats such as chicken, fish, beef, lamb amongst others.

Another meal enjoyed by Idanre citizens is Pupuru. It is made from Cassava through a local fermentation, smoking and drying process that gives it a distinctive flavour, which distinguishes it from Garri, the other well-known delicacy produced from Cassava.

The local drink enjoyed by the indigenes is Palm Wine, which comes from the fermented sap of the palm tree.

Buildings in Idanre are a mix of old and modern architecture. Within the major town centres like Odode where you have the more affluent areas and the business enterprises, can be found some of the more modern  cement and concrete structures. Many of the residential houses carry corrugated iron roofs.

When you visit the villages however, you are likely to encounter mud brick buildings and the occasional throwback to huts with thatched roofs.

Like many other cities and townships in Yorubaland, Idanre has a variety of festivals. Several of these are based on the ancestral history and traditional religions of the Yorubas and are done to celebrate the various demigods who played notable parts in the history of the Yorubas.

The festivals celebrated in Idanre include the following:

The introduction of Christianity has played a part in the evolution of how the various festivals are conducted in Idanre and the rest of Yorubaland.

These festivals have evolved over the centuries from being celebrated with human sacrifices to appease the local gods, to modern day sacrifices of animals, occasions for merriment and get-togethers with families and friends.

Faith and beliefs in Idanreland takes a diversity of forms. There are many traditional religionists who worship the ancient demigods of the Yorubas. These demigods, according to the ancient history of the Yorubas are men or women who carried out such exceptional feats that they came to be regarded as gods.

The knowledge and worship practices are handed down from one generation to the next via oral history and the teachings of the deity’s priests. Some of the festivals in Idanre are indeed part of the celebrations linked to the worship of these demigods such as Ogun, Olofin, Orosun.

Islam is practiced in Idanre and Muslims form a sizable portion of the population of Idanre. The Islamic festivals such as Ileya are observed as a time of goodwill amonst the general community.

Christianity was introduced to Idanre in the late 19th Century by Rt. Rev. Charles Philips, a member of the Church Missionary Society (CMS). Since then Christianity has continued to grow in Idanre in its different expressions. The denominational churches such as the Anglicans, Methodists and Baptists all have a presence as well as the rapidly growing independent pentecostal movement. Some of the newer Christian groups include the Apostolic Church, Celestial Church and Redeemed Christian Church of God (RCCG).  A brief history of Christianity in Idanre is available here.

Whilst some parts of Yorubaland are known for their practice of magic arts (Juju) with the use of charms and physical objects, Idanre is well-known for the demonstration of mystical power without the use of charms but more through the power of incantations (called “Ohun”) in their rich lyrical dialect.

Interest in Idanre from a literary standpoint was heightened through the poem, “Idanre” written by the Nobel Laureate, Wole Soyinka and published in his book, “Idanre and Other Poems“.