This festival, popularly known as Ajamkeke Odororonren, was formerly characterized by human sacrifice but is now celebrated using a native goat (Erinla) as the sacrifice.

The festival is perhaps the most extensive festival in Idanre, requiring a meticulous approach by the various chiefs and priests involved in the ceremonies.

According to tradition, three months before the Olofin festival is celebrated, a ceremony called “Ukanse”, is undertaken, which serves to notify Olofin of the impending festival.

Seven days before the festival, an environmental sanitation programme, championed by the Omeendanres (native policemen) begins. This serves as a reminder to the inhabitants that Olofin festival is about to take place.

About three days to the festival, the community sanitation programme is intensified, with the Omeendanres undertaking house to house searches for locally embalmed dead bodies, dead animals etc. This is done in remembrance of Olofin’s passion for hygiene.

One day before the festival, one of the chiefs known as “Laja” summons all the blacksmiths in Idanre to forge the sword that would be used for the festival. Kulumo, being the head of the blacksmiths does the forging in the house of Chief Laja who in turn hands over the new sword to Chief Lorin who would bear it during the Olofin festival.

In the past, the Owa would participate in the rituals at the Olofin shrine along with the Idoko chiefs, a practice which stopped during the reign of Owa Resibelete. Since then, the Owa is represented at the ritual ceremonies by one of the chiefs called Odofin.

After the ceremonies at Odoronren, the priests and celebrants return joyfully to Oke-Idanre as Chief Lorin proclaims loudly to the entire community along the way, announcing the successful completion of the rituals. 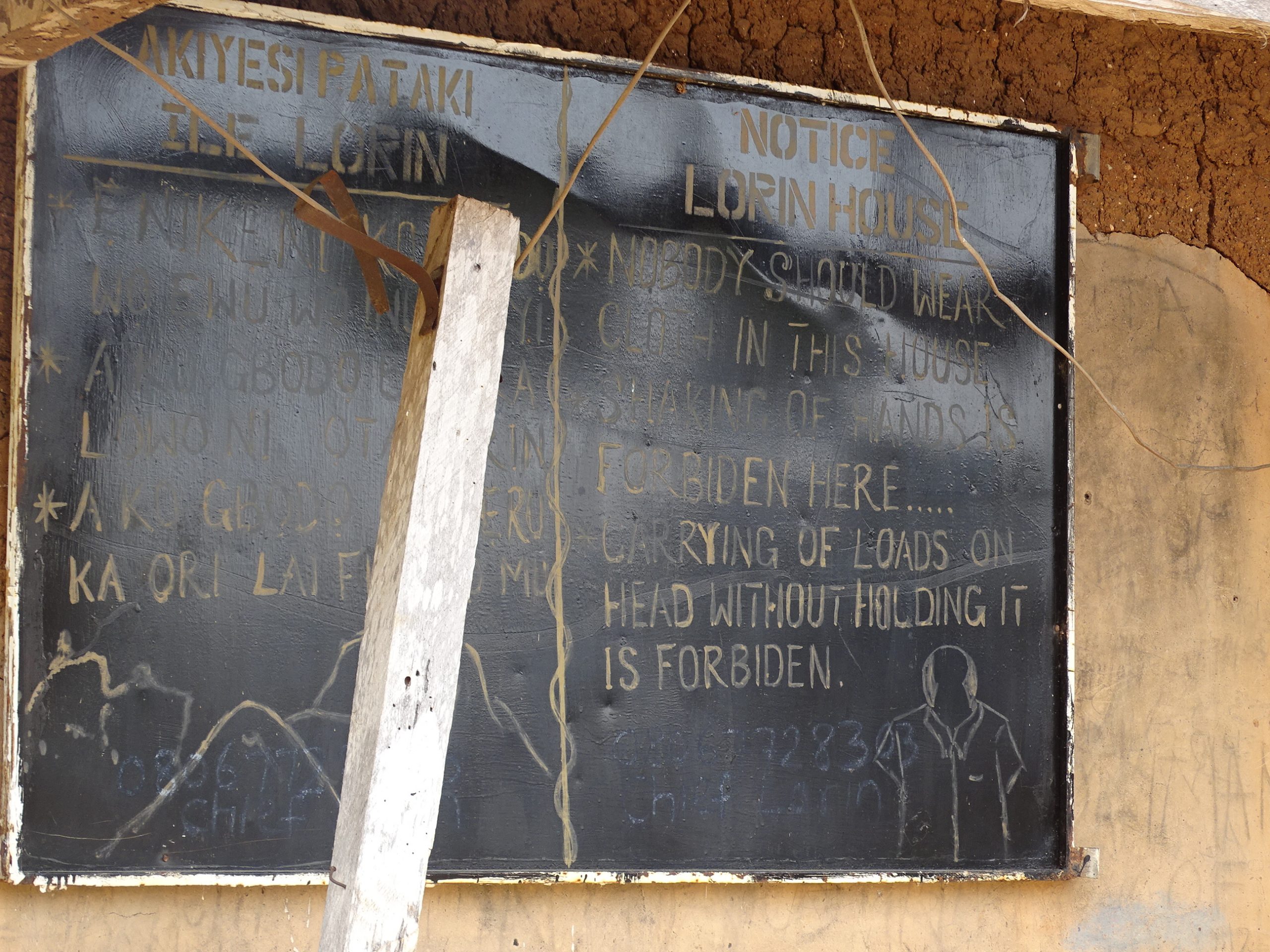